All new clients receive their first month of management FREE! Learn more about our new deal

99 Years of Blood, Sweat, and Turkey 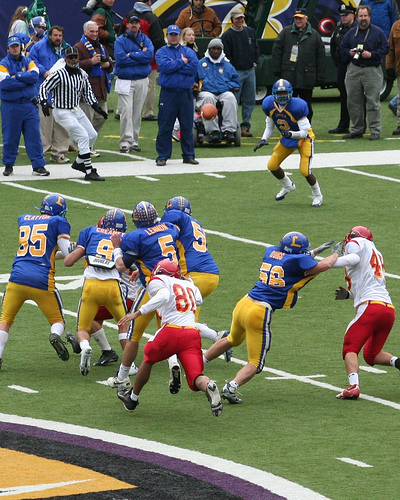 For some in Maryland, Thanksgiving doesn’t officially begin until two titanic squads take the field.

This is no ordinary game, and these are no ordinary schools. They are some of the oldest Catholic Schools in Maryland, which make them two of the oldest in the country. They are two of the most legendary football squads in the state. They have spent a good portion of the century within fifteen minutes of each other. They’ve won numerous championships between each other, and several of those times, the road to glory led them towards their annual Thanksgiving Day Rivalry

They are the Calvert Hall College High School Cardinals, and the Loyola-Blakefield Dons, and at the end of the year, the question isn’t how many games you’ve won. It’s “Did you win the Turkey Bowl?” 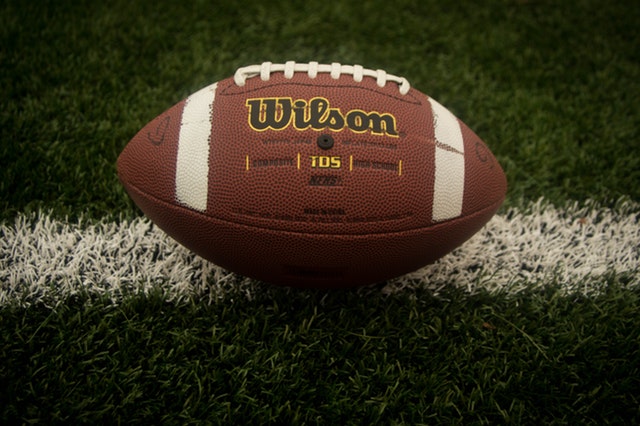 The Turkey Bowl is one of the oldest rivalry football games in High School Sport, and it’s produced memories that stick with students, alumni, and families for the rest of their lives. Today, we take a look at these schools, their rivalry, and their squads this year. 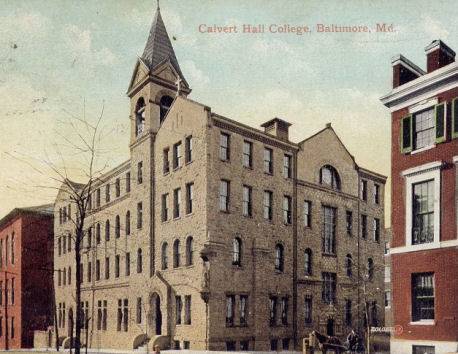 When the Christian Brothers and their 100 students broke ground on their new school on Saratoga Street, they probably never imagined that their history would be interwoven with the Jesuit school up the street. Calvert Hall College High School opened on September 15, 1845 with Brother Francis McMullen assigned as the new director. Seven years later, Rev. John Early and eight other Jesuits opened the doors to Loyola High School and College on Holliday St.

The schools would soon grow bigger than their original locations. Calvert Hall would move to Mulberry and Cathedral st. in 1890. Loyola High School would split with the College, and in 1933, moved to the beautiful Blakefield campus in Towson (MAP). It seems these two schools couldn’t get enough of each other, because Calvert Hall would relocate to their Loch Raven campus in 1960 (MAP), 3.2 miles away from Blakefield. 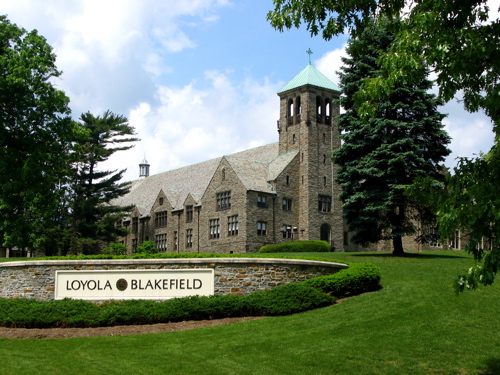 The first Turkey Bowl was in 1920, a 9-3 victory for the Cardinals, but it’s important to note that their football teams played in 1899 and 1904, though these games aren’t apart of the official record. For a good portion of the time, this annual game that’s played at Memorial Stadium, M&T Bank stadium, and Johnny Unitas Stadium, was played wherever they could find a park. It wasn’t a Thanksgiving tradition per se before 1950. Some years it was the first game of the year, other years it was played on December 1st. One year Calvert Hall took the field against Mt. St. Joe on Thanksgiving. It's hard to imagine a Turkey Day without these two teams, but it takes a while to build a rivalry as intense as Cardinals vs. Dons. Familiarity would eventually breed contempt, and even in those thirty years when it was City vs. County, Calvert Hall and Loyola marked their annual game on the calendars.

The teams traded eras. Calvert Hall dominated the 20’s and 30’s, Loyola struck back by taking the lump sum of the next thirty years. The Cardinals epic teams in the 70’s and 80’s would give way to a Loyola unbeaten streak that lasted eleven years. In the aughts, the two team traded winning streaks, but currently Calvert Hall has dominated winning 8 of the last 9. Will that success continue?

There have been routs, there have been slobberknockers, shootouts, and many defensive struggles throughout the near century of football between these teams, but it’s hard to top the first overtime game in Turkey Bowl History. What the 2000 game lacked in points and beauty, it made up for with hard nosed football. With the score tied at 0 at the end of regulation, Calvert Hall managed to scoop up a fumble in the endzone for the win in double overtime, winning 7-6 for the Hall’s first win in over a decade. 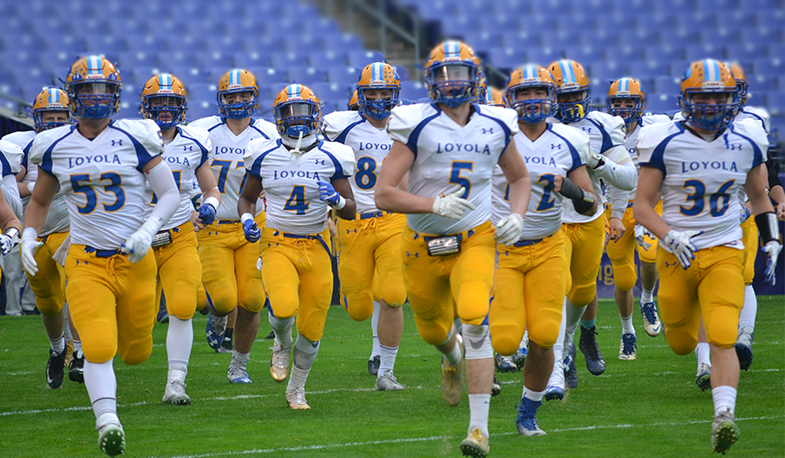 Calvert Hall has a 10-1 record this year leading up to this weekend’s game against Archbishop Spalding in the Maryland Christian Schools Invitational Championship. Their only loss on the year came against Mt. St. Joe in a brutal 21-7 game. Currently they are ranked 8th in the state of Maryland and 265 in the country. Led by Calvert Hall alum Donald Davis, this year’s team looks formidable heading into their rivalry game.

Loyola has a 6-3 record this year, but there are a few caveats. The five years previous, the Dons went 3-27, and last fall they lost all their games against Maryland Interscholastic Athletic Association  rivals in the A division, only losing one by less than one touchdown. This year they have gone into an Independent Structure as coach Anthony Zeyhoue rebuild the program. In their three losses, they lost by a combined score of 87-16.

The Turkey Bowl returns to Johnny Unitas Stadium in Towson (MAP) next Thursday November 22nd.  The game starts at 10 AM and will be broadcast on WMAR2, and wmar2news.com. When it comes to rivalries like this, records don’t matter, championships don’t matter. Once these bitter enemies reach the field, all that matters is the win. Tune in for a morning filled with gridiron excitement!

For more information on Loyola Blakefield.

For more information on Calvert Hall

Tickets are available at the School and at the Gates.

Check out this Baltimore County Rental, close to both Calvert Hall and Loyola! 33 Alderman Ct. (MAP)

That's the Staffordshire Difference, for more information on this and other properties, please visit our Website, or e-mail us at